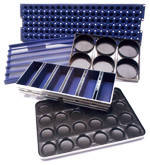 Get ready for the new day in non-stick pan coatings. They need a different level of care yet yield high use-cycle benefits.

The bun that sticks to the pan never gets sold. Neither does the snack cake, nor the loaf of bread. That’s the reason commercial bakers use silicone-blazed baking pans. High-volume, high-speed production of soft buns, pan bread and snack cakes would be impossible without some release treatment to ease depanning.

Since the 1950’s, silicone has been the North American baker’s chosen release coating. But change is coming. Late in 1998, Dow Corning Corp., Midland, MI, announced it would no longer product the silicone resin used for pan glazing. It pulled out because it found a small quantity of an unintended byproduct, an estrogenic compound, in its 1-2351 coating. Dow chose to halt production rather than risk regulatory problems in its international markets.

Fortunately the company gave more than a year’s notice of its decision. Pan manufacturers and glazing service companies stockpiled supplies while searching for new sources. When the end came on Dec. 31, 1999, they had found a number of alternate producers of the resins, none as large as Dow but all capable of supplying bakers’ needs for a long time to come. But the handwriting is on the wall…and new release coatings are now on bakery pans. 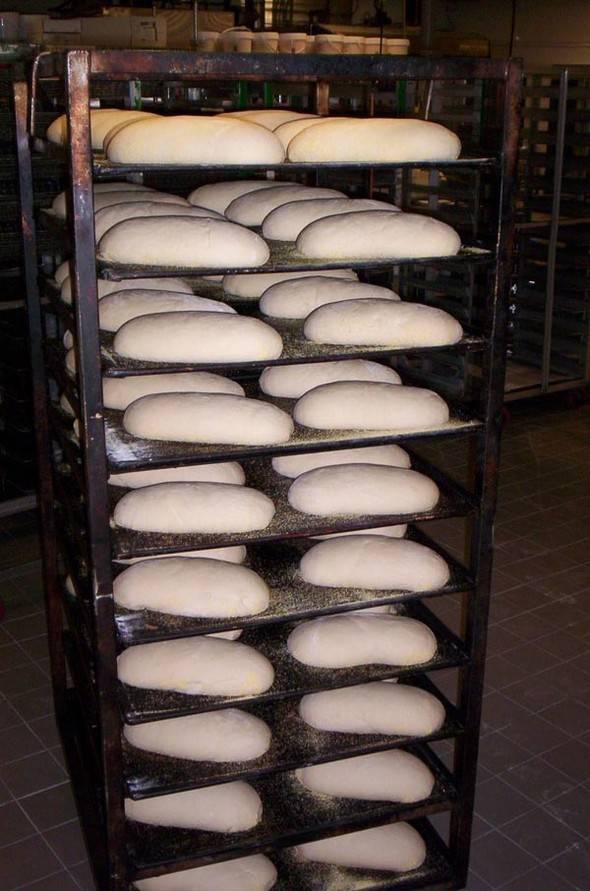 Why do bakery pans need to be glazed or release-coated? Many doughs and batters require side support during baking, while other products take their desired shape from the pan. Moisture and heat cause dough to adhere to untreated pan sides and bottoms during baking.

Paper pan liners are one solution. So, too, are greasing or flouring of pans. But when the silicone resins developed during WWII became available to general industry, they quickly found application as a semi-permanent glaze for baking pans.

The glazing fills in pores and other irregularities in the pan’s tinplate, steel or aluminum surface. The smoother the pan surface, the easier the product is to unload, be it by vacuum depanner that handles bread and buns or by an inverter mechanism that up-ends cake items.

Silicones are semi-organic compounds that combine inorganic silicone with organic hydrocarbons. They are inert, waterproof and water-repellent, and possess excellent heat stability and electrical resistance. When applied to metals, silicone resins form a semi-permanent coating. With normal care, silicone-glazed baking pans show good release properties for up to 400 bakes. Glaze life can be extended through the used of release oils or pan sprays.

Other materials also act as multi-cycle release agents. For example, rubberized-silicone is used primarily in western Europe, most often for aluminum baguette pans. The coating feels rubbery to the touch and is typically orange in color. Rubberized silicone lasts three to four times longer than standard silicone glazes, giving 800 to 1,500 bake cycles.

The latest news, however, concerns fluoropolymer materials. The search for alternatives to silicone glaze was focused, in one supplier’s words, on the need to find “something better than current technology and something the customer wants.” Several years of R&D at the pan manufacturer level has now resulted in fluoropolymer-based, non-stick coated bakery pans capable of 3,000 to 5,000 bake-and-release cycles.

Fluoropolymer coatings offer permanent or very long-lived surfaces that resist both oil and water. Also termed fluorocarbons, fluoropolymers were discovered in 1938 by a scientist at Chemours (formerly Dupont). Inert and slippery, yet resistant to heat, chemicals and electricity, they found use as non-stick surfaces as well as insulators and lubricants. During the 1960’s, consumers came to know this material under Chemours’s trademarked brand, Teflon® first and, later Silverstone™. The inert coatings comply fully with the Food and Drug Administration’s food-contact regulations.

Like silicone resins, fluoropolymers vary widely in composition and performance, allowing pan manufacturers to pick and choose according to their customers’ needs. The non-stick fluoropolymer coatings applied to commercial baking pans are different from those used on consumer products. The are specifically formulated to withstand the heat and humidity of baking.

Let’s talk economics. Up-front costs of coated pans are higher than for glazed pans. The long service cycles common to coated pans mean that bakeries can save the cost of eight to twelve re-glazings over the life of that pan. On high-volume products, some bakers report payback from their non-stick pans in 10 months.

By extending the time between pan re-treatments, bakers reduce product losses caused by wear at the end of each glazing cycle. They also eliminate the risk of light-colored or white bottom edges that occur on baked products during the “burn-in” period pans need after re-glazing.

Non-stick pans sustain greater damage than silicone-glazed pans do when breakdowns or pan jams occur. If a coated pan runs completely empty through the oven, its service life can be reduced by the heat stress, although the occasional empty cavity poses minimal risks. Jams and situations that cause pans to ride up on each other will abrade non-stick coatings more than silicone surfaces. Removing baked-on products from non-stick pans must be done manually with soft, moist cloths.

To be coated with rubberized silicone or fluoropolymers, pans must first be cleaned (sandblasted) with aluminum oxide grit. The rubberized silicone is sprayed on, and the pan cured. For fluorocarbon resins, a primer is applied to the pan surface before it receives a sequence of liquid or powder top coats, high-temperature curing follows.

Re-coating is more expensive than re-glazing, even though it must be done far less often. It can take up to two weeks, compared to three days for re-glazing. This is due in part to bakers’ proximity to re-glazing facilities, which outnumber re-coating locations. Some bakers retain and store their old set of glazed pans to use when coated pans are sent out for re-treatment.

Some high-volume bun and roll bakers choose to run their non-stick coated pans as long as possible. When the current set nears its limits on cycles, they order another set of coated pans and discard the old one, instead of re-coating. The high ROI justifies the expense.

Pans for high-volume products are the best candidates for non-stick coatings. Long runs keep pans in circulation, minimizing the number of times they are stacked and unstacked or manually handled.

Only the top surface and baking surfaces are coated, so abrasive indexing-the sliding of pans one over another – must be minimize. Some automatic stackers and unstackers employ magnetic plunger arms that contact the baking surface when carrying the pan. Unless cushioned, these arms could scratch the coating.

Pans must nest freely, without excessive pan-to-pan contact on coated surfaces. Such nesting interference is a result of pan design. Pan styles that end to stick together or have high, narrow cavities, with high nesting lines or narrow straps won’t work well with non-stick coatings. Band placement on strapped pans is also critical. A generous flare to sandwich bread and Pullman sets is best, straight sides produce the most nesting interference.

Uneven or partially unsupported pan stacks cause additional problems. Most pan abuse takes place during stacking and storage. Pans will bow or warp if storage systems allow the long ends of pans to hang out over the stack supports. Also, pans bow when entire stacks are supported only by the small ledges on each long end of the bottom pan.

Check the action of depanners and try to depan in the vertical direction. When vacuum system pulls our product at an angle, the bread’s hard, flinty crust drags along the pan’s inner surface. Some bakers have switched to using a pick-and-place depanner to prolong coating life.

Cleaning systems affect pan performance. Non-stick pans do not need to be washed before initial use when they arrive at the bakery. But during use, all byproducts and excess seeds, crumbs and flour must be removed by blowing or gentle brushing. Aggressive pan brushing can scratch these surfaces. Wait until the pan has cooled to 300 F or less, and use only soft-bristle brushes.

Even ingredients must be considered. Cornmeal is very abrasive, so keep it off the dough piece’s bottom and side surfaces when baking in non-stick pans.

And of course, bakery staff will need training in the regimen for pan handling and maintenance.

So, are North American bakers ready for non-stick pans? With proper care, good training and attention to material handling needs, this new pan technology will pay benefits for thousands of baking cycles and many years to come.