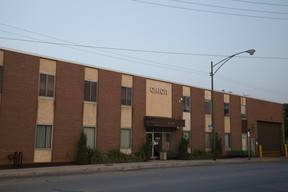 Chicago, August 1, 2014-Longevity is often a sign of excellence, and such is the case of Orion Industries as it celebrates 50 years of technological innovation in the field of functional coatings. Over this period, Orion has pioneered methods for using and applying low-friction and release coatings in ways that had previously never been imagined. Their 29 patents speak loudly of the company’s technical diligence and competence.

Orion has been a Chemours Licensed Applicator since 1979 and a PPG/Whitford Recommended Coater for over 30 years. Orion was one of the first coaters to apply Teflon® and similar low-friction coatings to mechanical products, to reduce slip and wear and extend the lives of products. In many cases, when their engineers found that existing coatings would not solve a problem, they developed coatings of their own.

Orion reflects the penchant of the founder, chairman and CTO – Bruce Nesbitt-for making things work. He started Orion Industries in his parents’ basement in 1963/4, and first applied coatings to car engines, which he raced.

Growth has followed innovation for Orion-the Chicago-based firm has grown exponentially. They apply Teflon® and other functional coatings to automotive applications with micron accuracy in addition to products for the consumer, industrial and chemical industries. Beginning with 3 employees in 1964, today Orion is home to 146 technicians, engineers, and support personnel-working in a total space of 35,000 square ft. presently on the northwest side of Chicago and relocating to a new 68,000 square ft. facility in the fall of this year. Sales are well into seven figures.

“In the years to come, we will continue to solve the problems that plague products, and industrial or commercial production processes, with solutions that are repeatable, beneficial and profitable for both parties,” affirmed Nesbitt.